Generation Tires is the new kid on the block and we intend to shake things up! We were established in 2016 to assume the on-going operation of Federal Tire’s distribution in Canada. With sea-to-sea coverage and warehouses in both Eastern and Western Canada, our mandate is to provide tire distribution of value lines while offering world-class warranty coverage. Our brands are selected after undergoing severe scrutiny. When we ship a tire, we expect nothing but terrific value to be realized, both by our customers and theirs. In fact, we live by the mantra that “we don’t look good until you look good”. By carrying high quality products from respected manufacturers, we proudly support some of the best warranties in the business. We stand behind what we sell! 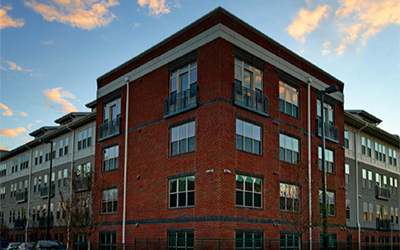 Steve has been working in the North American tire industry for over 32 years. Steve’s started in the industry 10 years before that in South Korea.

He was sent in 1982 to the USA to establish the first ever North American presence of the Hankook brand. Steve rapidly built sales of Hankook to over $100 million in just 3 short years and over $250 million by 1988.

Hankook once again asked Steve to make a move, this time to Canada to establish a market presence their. In April of 1988, Steve moved to Vancouver British Columbia Canada where he has lived with his family since.

Within 8 months of his move to Canada, Steve had sales of more than $12 million, rapidly expanding that number to $26 million by the end of the second year.

In 1994, after 25 years of dedicated service to Hankook, Steve left Hankook to establish his own company under the name Uniwell International. Because of Steve’s deep sense of loyalty to Hankook, even after his departure, he decided to stay away from the tire industry and focus on connecting North American needs with Asian vendors.

In 2007, the call of the tire industry once again brought Steve back in when Federal Tire of Taiwan asked Steve to develop the Canadian market on their behalf. Where Federal Tire struggled, Steve flourished, developing sales to over $12 million in three years. Steve continues to represent Federal Tire on an exclusive basis to this day operating under the Generation Tires distribution business.

Perry has been working in the transportation industry for over 30 years. Born and raised in Toronto Ontario Canada, he started his career in credit analysis with Dunn & Bradstreet, a global credit reporting company. Perry advanced quickly through the company with rapid promotions from Analyst, to Consultant, to Supervisor and finally to Manager of Dunstel, Dunn & Bradstreet’s first ever e-commerce based customer service center in 1987.

In 1988, Perry joined Triathlon Vehicle Leasing as a Credit Manager for the Truck and Specialty Vehicle division. He led specialty teams dispatched to acquire vehicle portfolios across the country. In 2002, Triathlon was acquired by General Electric under the GE Capital banner.

Perry formally joined the outside sales team in 2004 providing lease finance solutions as well as sourcing solutions in the Canadian Trucking market. His move earned him “Rookie” sales person of the year, sales person of the year in 2005 & 2006. At that time, he was given the task of duplicating his success in Western Canada where he established a sales office and grew sales to the second largest division in Canada. Only second to the massive Toronto market.

Perry held progressively larger, more responsible roles within GE over the years with the pinnacle being the Canadian General Manager of Remarketing for the TIP Trailer Rental business which was broken up and sold in 2009. Perry is Black Belt certified under the 6 Sigma process improvement standards.

With a strong knowledge of the truck market, Perry took on the role of Canadian Sales Manager at Double Coin Tires and introduced the brand to Canadian customers. Over his time at Double Coin, Perry was able to grow sales to over 20,000 truck tires per year.